The TRS1 CFE ( Controlled Flow Excavation ) 2nd generation excavation system built by Rotech Group has been selected to Post Trench Inner Array cables on a major offshore wind farm, further to the successful (original) deburial campaign. This tool was selected due to the latest advancements in the Rotech Engineering's technology and cannot be compared to any systems built, operated or sold by the Rotech Group prior to the 2015 CFE RS launch. The client has seen first-hand the new power and higher jet speeds available in this tool, which enables the TRS1 to cut a quicker narrower, more effective deep trench to offer more cable protection. 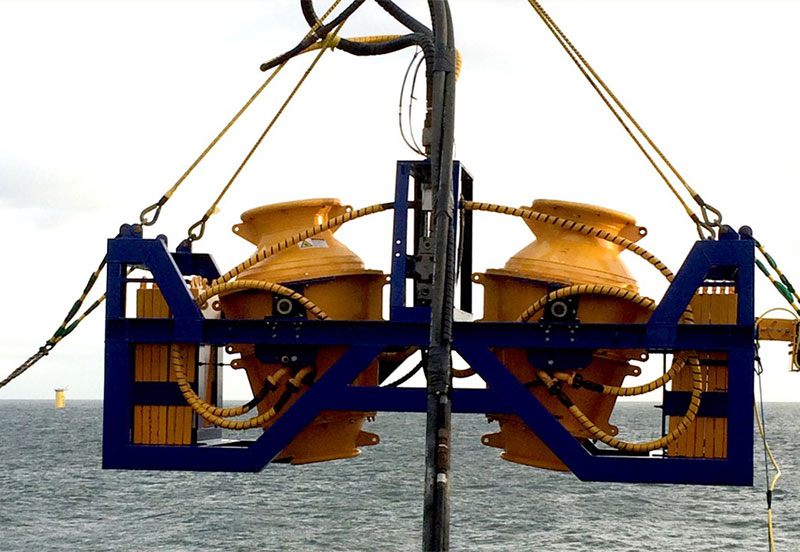 This project has been a milestone in Rotech’s Excavation history since 1994, making it the first non-contact system to complete post trenching of Inner Array cables from turbine to turbine. The technology has now been approved to lower sections of energized cable on this windfarm.